The Delta Engine GmbH company was founded 2012 with the goal to write 2D and 3D applications or games very quickly and easily using Visual Studio in .NET and our Editor. Since (around 2016) game engines like Unity3D and Unreal became free to use for smaller game developers, there isn't much demand for our approach anymore. The idea was to use our cloud services to convert between C#, C++, Objective-C, Java and JavaScript (and wasm) to bring your apps to other platforms (Android, iOS, Steam, Win10, Web). Internally we still use this approach, but like everyone else we also just use whatever is available including other game engines, frameworks and tech.

Our team and tech have been around since the 90ies, we started as Pentastar Productions in school (around 1994) and created jump and run games, then founded exDream Games (now defunct) in 1999 while studying and completed Arena Wars in 2002-2004 as the first commercial .NET game worldwide. In 2009 MobileBits GmbH (also defunct now) was founded by us as well to focus on mobile games (iPhone, Android), our most successful game is the SoulCraft (initial release 2012) series with around 50 million downloads. Delta Engine is based on all this tech and is still going strong, but our focus has shifted to contract work since 2014, teaching in 2015, crypto support, websites and apps in 2017 and finally AI and Robotics since early 2019. The community edition of the Delta Engine is currently not updated (last release was in 2014), we are working on a game project and will return to it in the future when we have the funds to continue development. If you like us to work on a mobile project (game or app) or for general interest in the engine, contact us.

What makes us special is extremely Clean Code, 100% Code Coverage and our long time knowledge of many oop, functional and older languages aside from being the first C# game developers for almost 20 years now. We are always on the lookout for highly talented TDD C# Developers, Blockchain experts and Compiler Engineers.

Some impressions from the past few years and growing the new team for AI and Robotics: 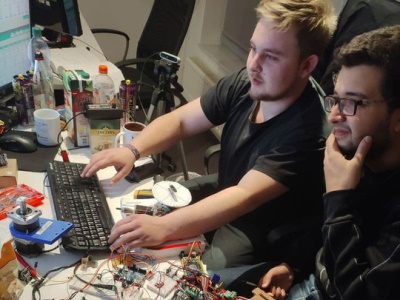 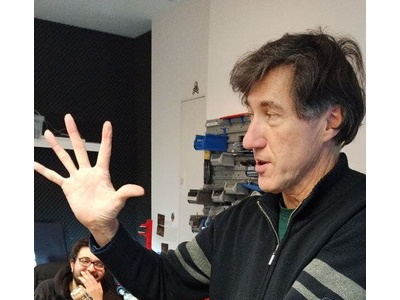 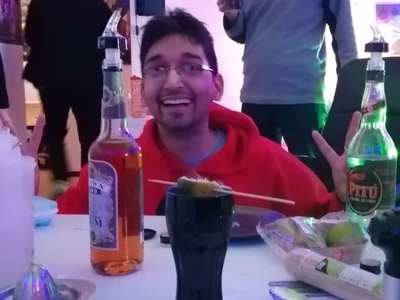 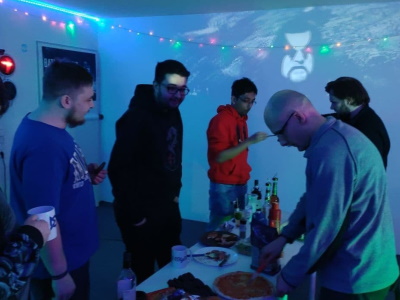 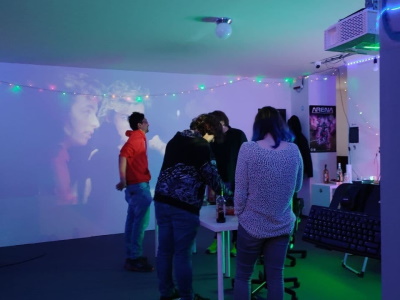 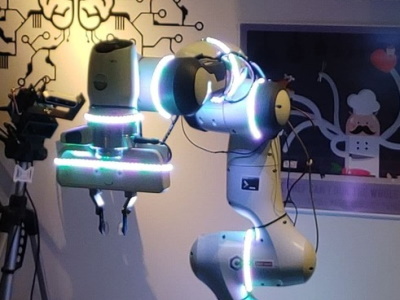 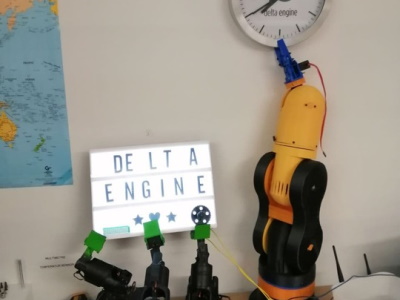 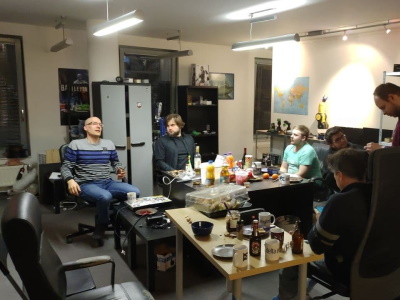 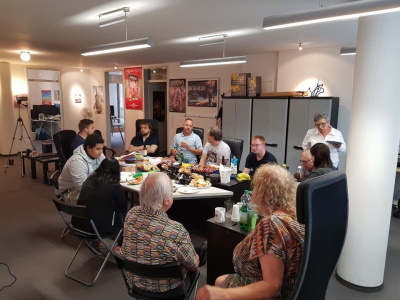 Several full fetched games have been developed with the Delta Engine. SoulCraft, SoulCraft 2, Heroes of Soulcraft (50 million downloads on Android, iPhone, iPad, Amazon, Ouya, Windows 8, Windows Phone 8) and Arena Wars (PC) are some examples. We still supporting the SoulCraft games and make sure they work great on all platforms, sorry for not having time or funds to support the community edition of Delta Engine. You can also find smaller titles in our Starter Kits games list. In addition some business apps also have been developed recently, drop us an email if you are interested.

Our current focus (2021) is on the Towers Game Development. We also stream our development here (starting April 2021): https://www.twitch.tv/towersdev

Our current focus is to make creation of apps and games as easy as possible in Windows within Visual Studio (our Editor works inside Visual Studio and continuously runs together with your unit tests) and targeting all PC platforms (all Windows versions, Linux Ubuntu and MacOS X) plus Web and Android. The other platforms are working in older versions as well, but are currently not in our nightly builds.

The App Builder is the tool in the Editor which allows you to build, deploy and launch an app on the wished platform device.

Learn more about the App Builder...

The Delta Engine is community driven, but also backed up by the Delta Engine company to provide great services for cheap prices. You can easily check out how stuff works and use our many unit tests to test our different features.

Checkout the code for yourself on GitHub!

Starter Kits are sample games of different genres, aiming to provide an easy access to the Delta Engine.

Use them as templates to quickly create games or other applications.

Just try it out in your browser.

Free to use for windows builds

The Editor is currently under development.

Help is just a click away. Browse through the FAQ page and use the forum to receive help directly from the developers and community members.

Tell us your ideas

on the right top corner to tell us what we should add next. 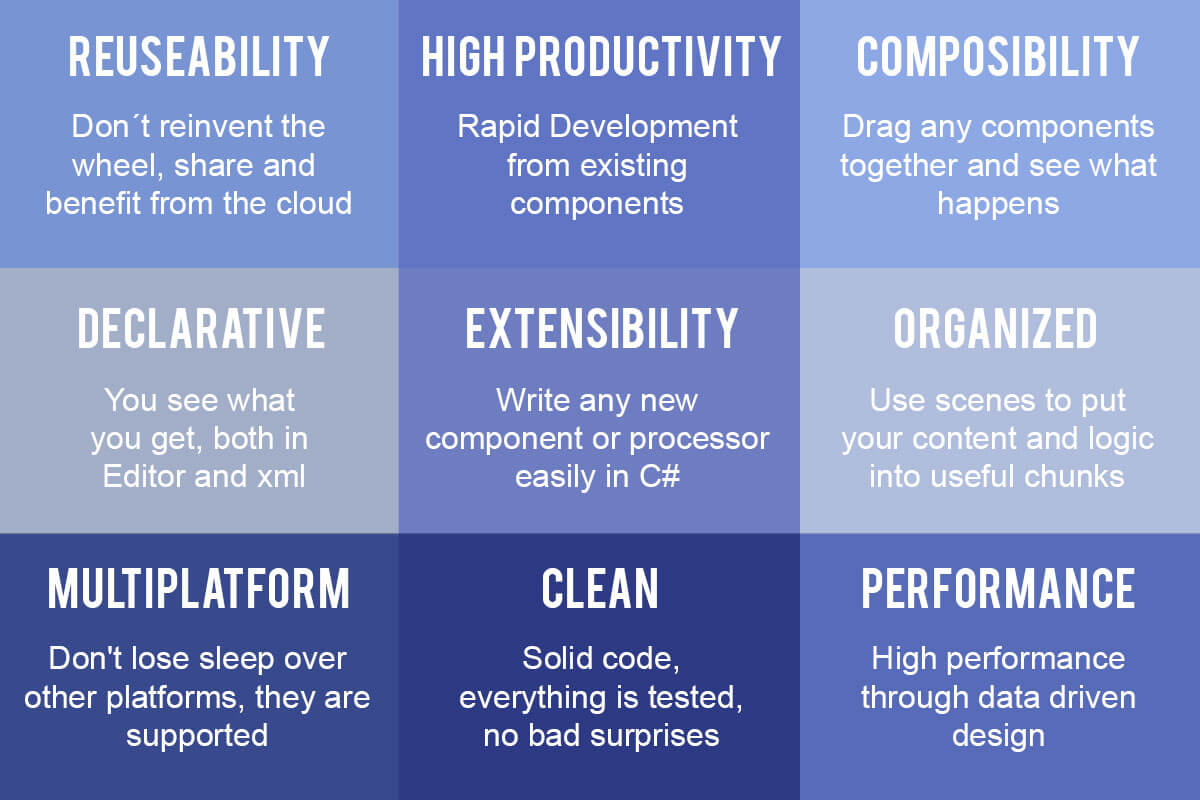 
For details see our Supported Frameworks page and ask in the Forum for early access and help.